Ever since the first official pool championship was played in 1870, pool has been a go-to hobby for millions around the planet.

From those millions, only a small percentage of players exceed at the game, and an even smaller percentage made it into the Hall of Fame.

In this article, we take a look at some of these players to answer the question of who is the best pool player ever. 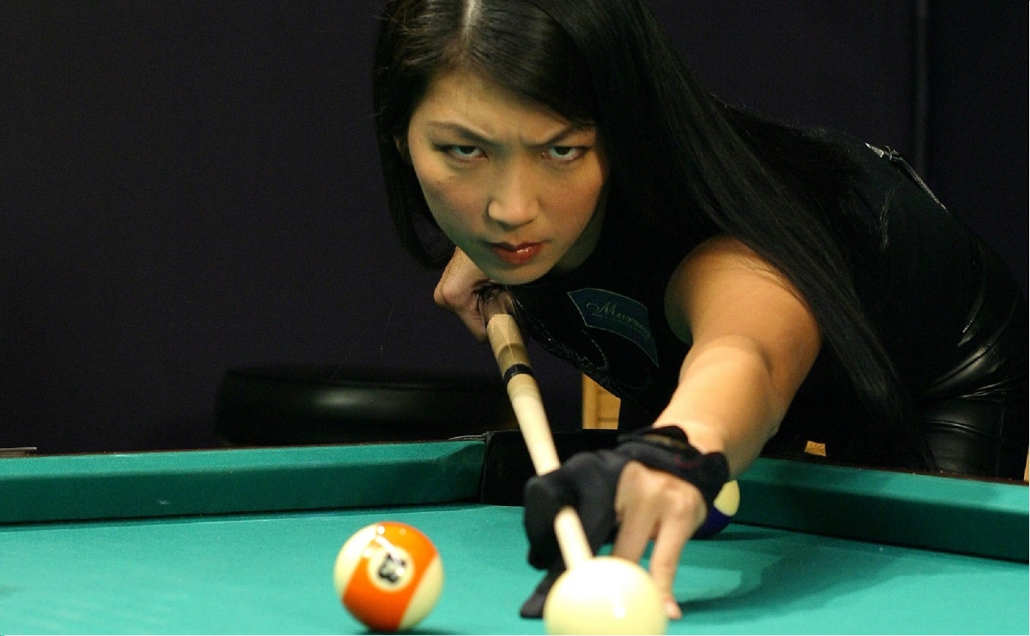 We start our list of the best pool players ever with Jeanette Lee, one of the two best female pool players of all time.

Best known for her fierce style of play, throughout her career, “The Black Widow” dominated both women and men at the table.

In total, Lee won over 27 different titles and was voted the WPBA Sportsperson of the Year in 1998.

Furthermore, in 2013 she was inducted into the Billiard Congress of America Hall of Fame.

Among her many victories are triumphing at the 2001 World Games in Akita, Japan where she won the gold medal for the United States and the ladies’ $25,000 winner-take-all Tournament of Champions, which she won two times (1999 and 2003). 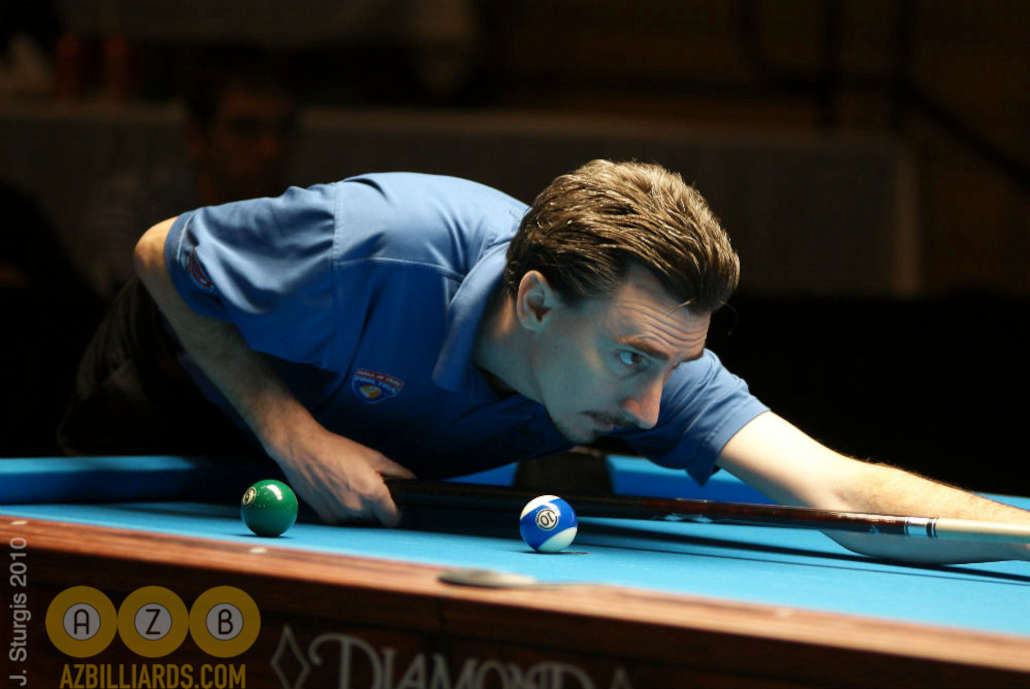 In the 1990s, Johnny Archer was probably the best 9-ball pool player in the world. Nicknamed “The Scorpio”, he dominated the pool scene in this decade, winning two WPA World Nine-Ball Championships and losing one.

The victory in the 1999 US Open Pool Championship helped Archer secure the title of the best Billiards Digest Player of the Decade.

Apart from dominating on the domestic level, The Scorpio was also brilliant in international events. He participated in the Mosconi Cup 17 times and led the United States to 9 victories.

In total, Archer has won over 60 tournaments, including the world 9-ball champion 4 times and 25 pro tour titles.

For these and his many other achievements in the world of pool, he was inducted into the Billiard Congress of America Hall of Fame in 2009.

When you win your first World Championship at 17, it is pretty clear how good you are at something, and Allison Fisher did just that.

“The Dutches of Doom” dominated the international snooker scene between 1985 and 1995, winning 18 titles, including 7 Women’s World Snooker Championships and the World Mixed Doubles Championship.

After transferring to pool in 1995, she continued where she left off, winning 4 world 9-Ball championships and triumphing in 60 WPBA events.

Alison Fisher’s record has not been broken to this day.

Fisher is considered not only the greatest female pool player in the world but also one of the best pool players in general. She was inducted into the Billiard Congress of America Hall of Fame along with Johnny Archer in 2009.

In the 7th place on our list of the greatest pool players in history is Luther Lassiter. Once considered the best pool player in the world, Lassiter dominated the game of pool in the 1960s.

During this time he won the World Pool Championship 7 years in a row and forever sealed his name as one of the best pool players ever.

The interesting thing about Lassiter or “Wimpy,” as his friends called him, is that he was hustling on pool games before he became a professional pool player.

Lassiter passed away in 1988, next to a pool table on which he had been practicing, a symbolic death for one of the best pool players of his generation. 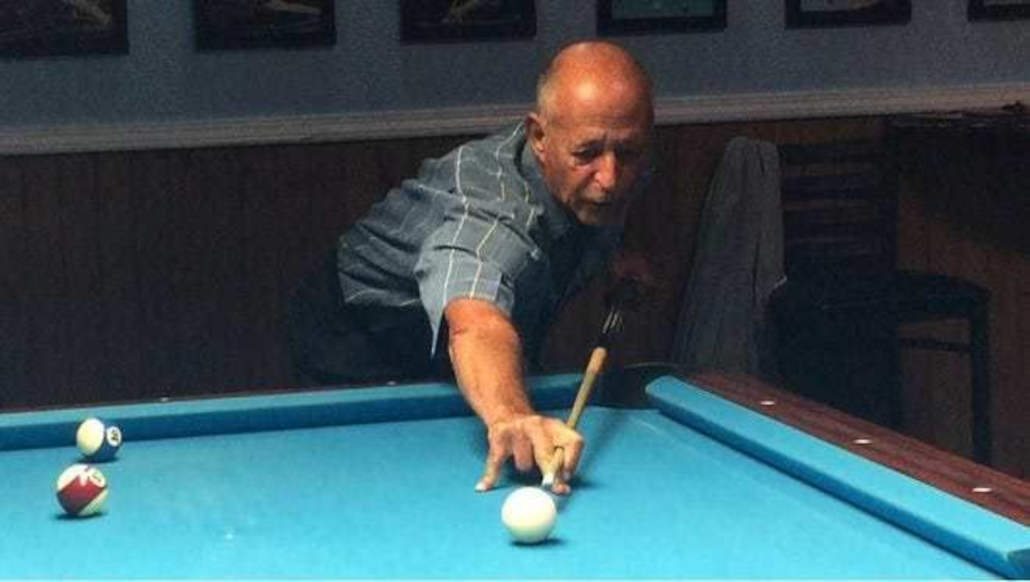 Mike “Captain Hook” Sigel is an American pool player who is considered one of the best to ever do it.

With over 100 titles including 10 World Pocket Billiard Championships and 3 Open Nine-Ball Championships, Captain Hook has been dominating the sport for over 30 years.

What made him stand out and earned him his nickname were his safety plays and his ability to play with both hands.

Thanks to these, among his other skills, he was dominating the pool scene in the 1970s and 1980s. During this period, Sigel won two Nine-Ball World Championships and four World Straight Pool Championships.

He was also the first pool player ever to rack in over $100,000 in earnings in a single season and the youngest player ever to be inducted into the Billiard Congress of America Hall of Fame. He achieved this feat in 1985 when he was only 35 years old. 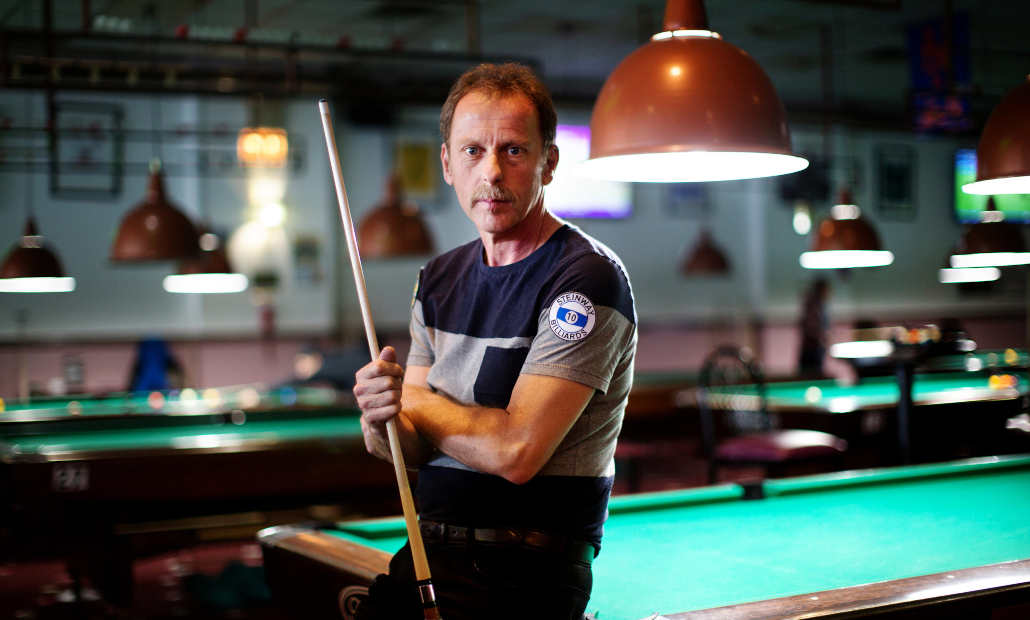 Earl Strickland is not only one of the greatest pool tables ever. He is also one of the most polarizing players to ever enter the sport. Thanks to his vivid personality, fans either love him or hate him.

Be as it may, no one can dispute his achievements in the game of pool.

Finally, as the biggest testament to his amazing career, Earl Strickland was inducted into the Billiard Congress of America Hall of Fame in 2006. 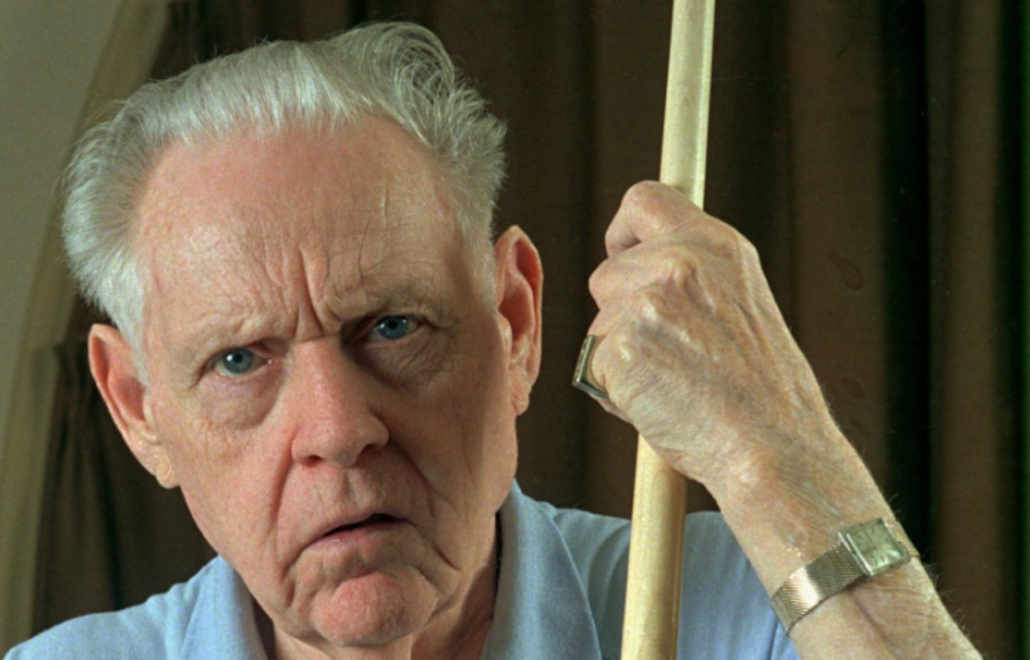 Image courtesy of The Southern Illinoisan

It might come as a surprise, but the 4th best pool player of all time, Rudolf Wanderone never won a championship.

While some might take this as a negative, in our opinion, being on this list without any titles, is just another testament to his greatness.

Early in his career, Wanderone was a pool hustler and an entertainer, two things that helped him become one of the most famous pool players in the US.

The directors of the movie “Hustler” even paid tribute to him by basing one of the characters in the movie (Minnesota Fats) on him.

More than anything else, he was a legacy player who thanks to his charm and skill made pool popular in the US, a feat for which he was inducted into the Billiard Congress of America Hall of Fame in 1984. 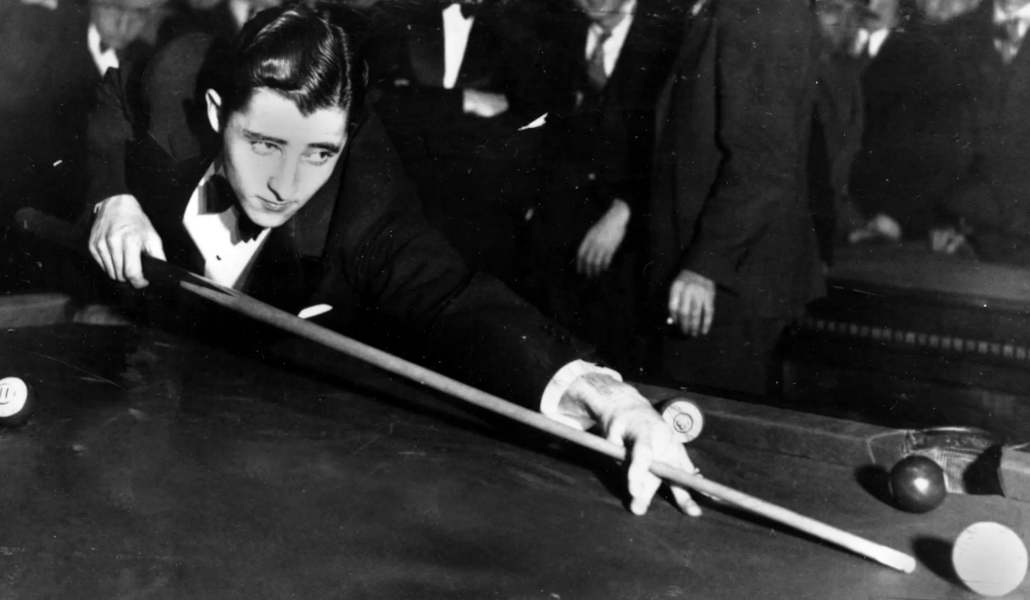 Along with Wanderone, Willie Mosconi was one of the pioneers of the game of pool in the US. However, unlike Wanderone, he also participated in and dominated the competitive scene.

During the 1940s and the 1950s, Mr. Pocket Billiard won a total of 19 World Straight Pool Championships including 15 titles in a row.

Mosconi was also a great entertainer and the pioneer of many of the trick shots still in use today.

It was his performance that inspired many of the great US players that came afterward and helped popularize the game across the country.

With 526, Mosconi was also the record holder for the highest number of consecutive balls in a straight pool, a feat that he achieved that a pool exhibition in Springfield.

Mosconi is also one of the first three players to be inducted into the Billiard Congress of America Hall of Fame.

Only one player in the history of the game has won more titles at the World Straight Pool Championships, and that player is the number two on our list. 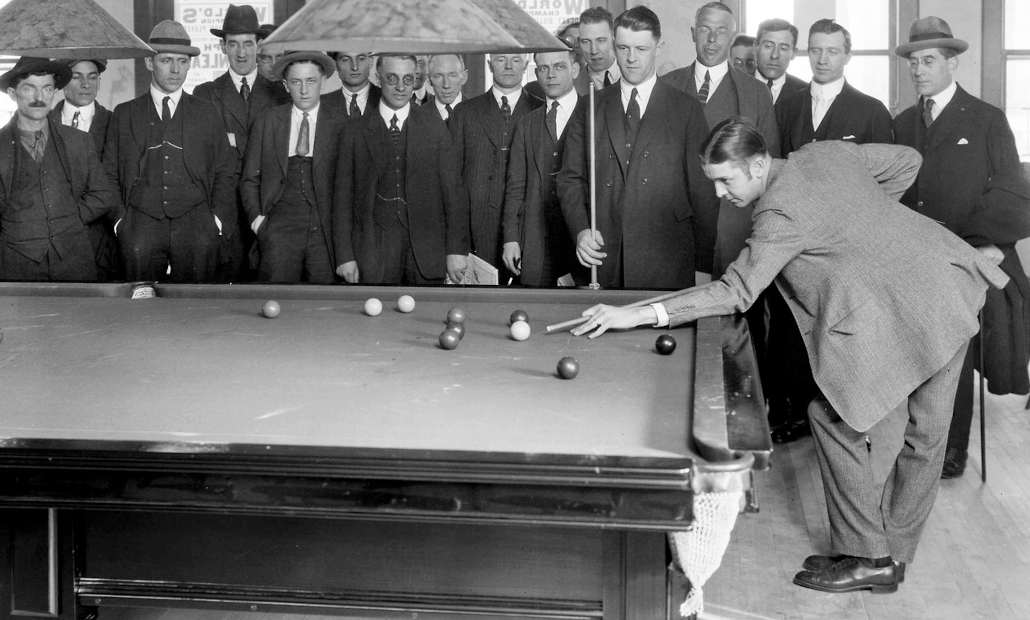 Ralph Greenleaf is the only player to win 20 World Straight Pool Championship titles, a feat that is enough by itself to rank him the 2nd greatest pool table player in history.

Although Greenleaf was active in the 1920s and the 1930s and there aren’t many details available about his career, those that are set him apart from most pool players that will follow in his footsteps.

It is enough to read a statement made by the New York Times in the obituary of his death in 1950 to see how much of an impact he had on the game. The Times stated the following:

What Babe Ruth did for baseball, Dempsey did for fighting, Tilden did for tennis…Greenleaf did for pocket billiards.

Along with Moscone, he is one of the first three pool players to be inducted in the Billiard Congress of America Hall of Fame in 1966. 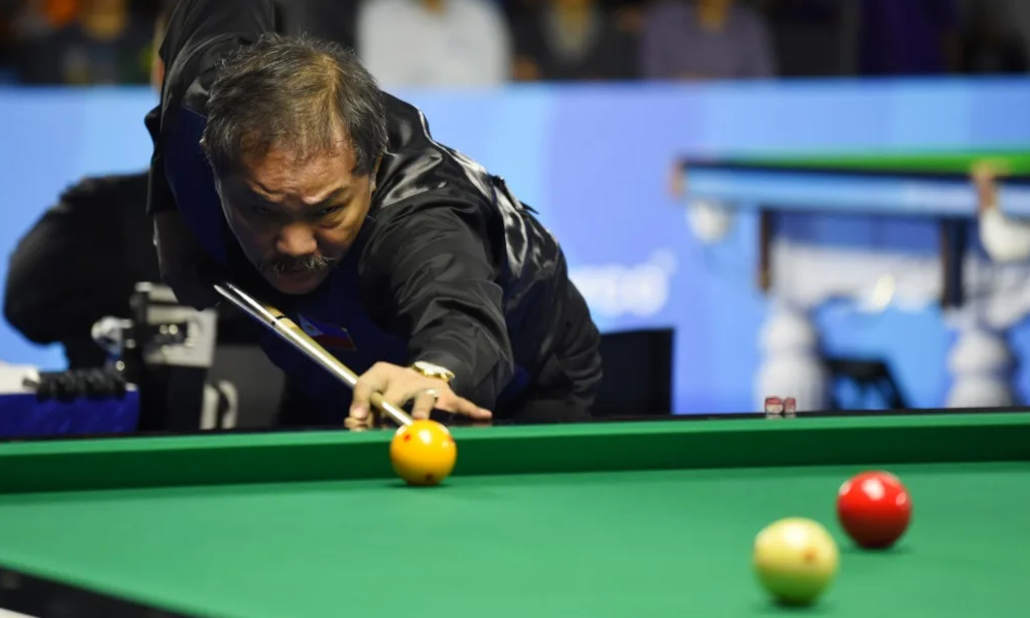 Efren “Bata” Reyes has won over 100 tournaments and 80 international events during his career.

For this, Reyes has earned his nickname “The Magician.”

Reyes holds the record as the only player in history to win the World Championship in both formats.

Reyes also holds the record for the largest single purse in the history of the sport, which he set when he won the first Color of Money event in 1997 against Strickland and took home $100,000.

In 2003, Reyes became the first Asian to be inducted into the Billiard Congress of America’s Hall of Fame.