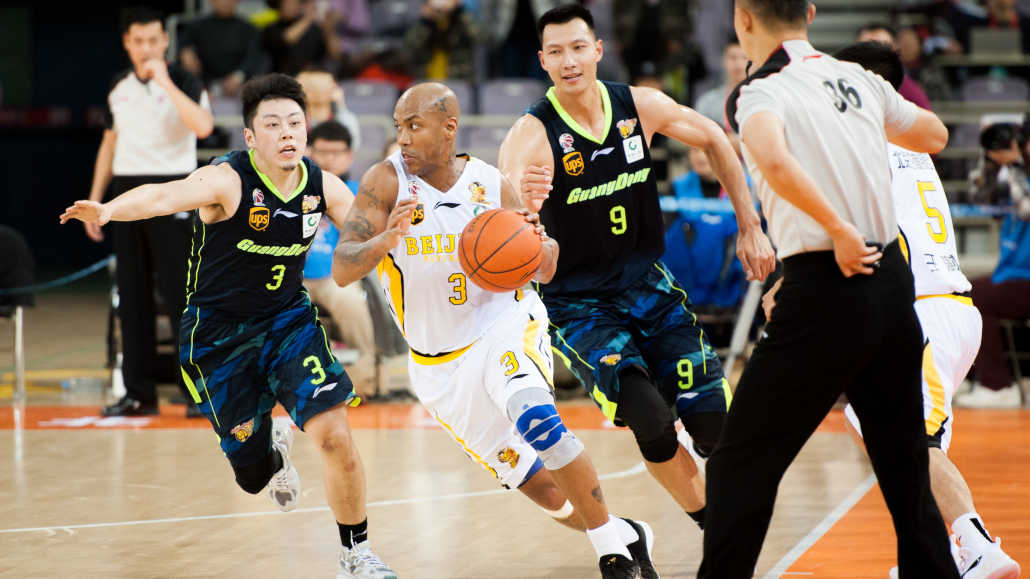 It is no secret that the NBA is the physically most demanding sports league in the world.

With at least 82 games each year, a big accent is put on athleticism and the ability to go on the court night after night and perform at the highest level.

For this reason, NBA is often dominated by young players who are in their prime.

However, over the years, there have been players who managed to stay relevant well in their 40s. In this article, we take a look at the oldest players in NBA history. 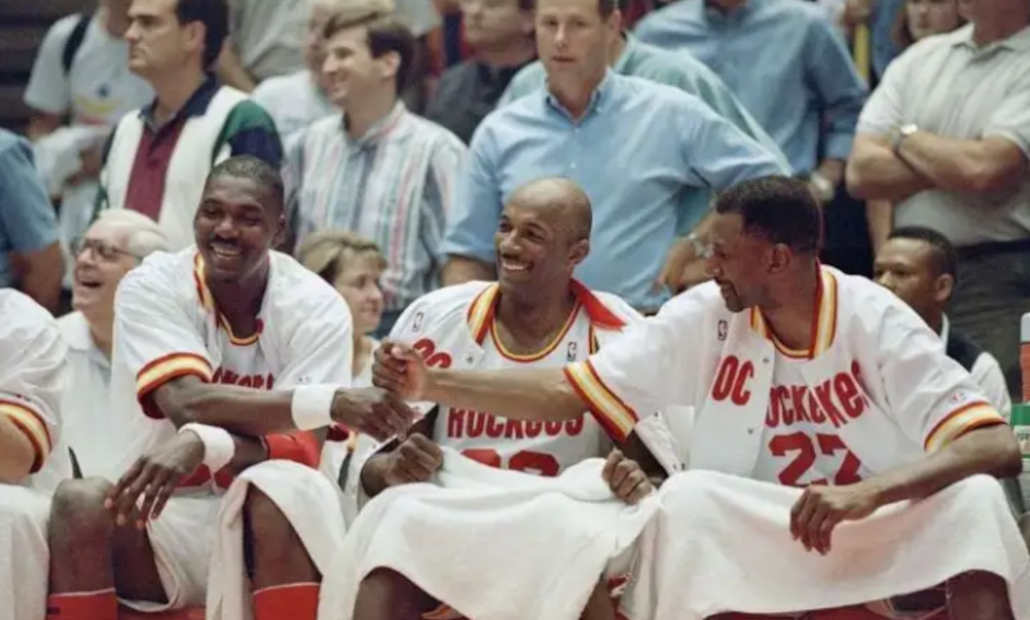 We start our list with Charles Jones, the 10th oldest NBA player ever. Jones was drafted in 1979 by the Phoenix Suns but spent his first five years playing overseas before finally entering the league in 1984 to play for the 76ers.

He spent his first NBA season with the Philadelphia. However, his biggest NBA success came 10 years later when he was a member of the Houston Rockets.

In 1995, Jones won an NBA ring with the team from Texas and forever sealed his name in the NBA history books.

After winning the NBA title, Jones would go on to be a member of four more NBA franchises before retiring at the age of 41 in 1998. 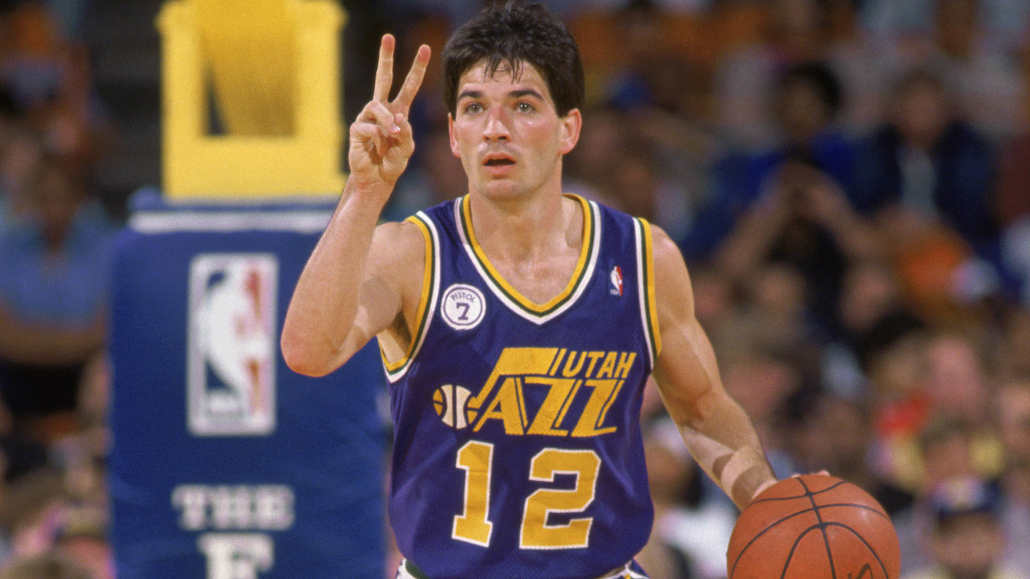 In the 9th place on our list of the oldest players in NBA history is John Stockton. Stockton is considered to be one of the best point guards to ever dribble a basketball.

He played in the NBA for 19 seasons and spent all of them with the same team, the Utah Jazz.

He is best known as the player who holds the records for most career assists with 15,806 and most career steals with 3,265. Stockton is also the record holder for most games and most consecutive NBA games played for one franchise.

Stockton was also a member of the “Dream Team”, the best basketball team ever assembled by the US, with whom he won the gold medal at the Summer Olympic Games in Barcelona in 1992. 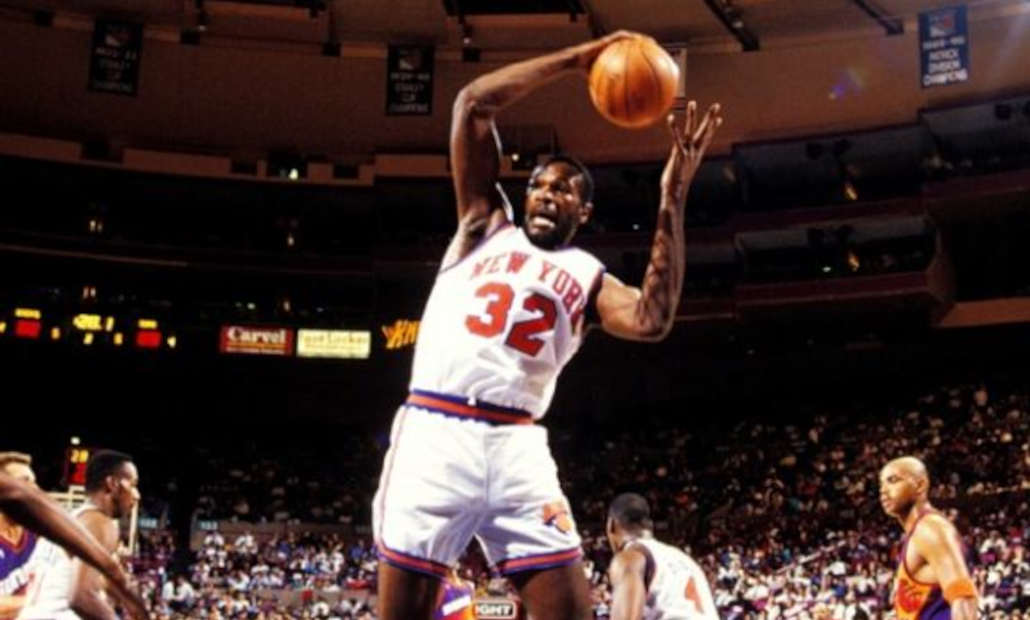 Herb Williams played his last NBA game at the age of 41 years and 129 days, enough for the 8th place on our list of oldest basketball players.

After being drafted by the Indiana Pacers in 1981 as the 14th pick, Williams would go on to play in the NBA for 18 years during which he was a member of the Indiana Pacers, Dallas Mavericks, Toronto Raptors, and the New York Knicks.

On the individual level, he played his best basketball from 1983 to 1987 when he managed to average around 17 points and 8 rebounds per game.

He is still involved with basketball and works as a assistant coach to the WNBA team New York Liberty. 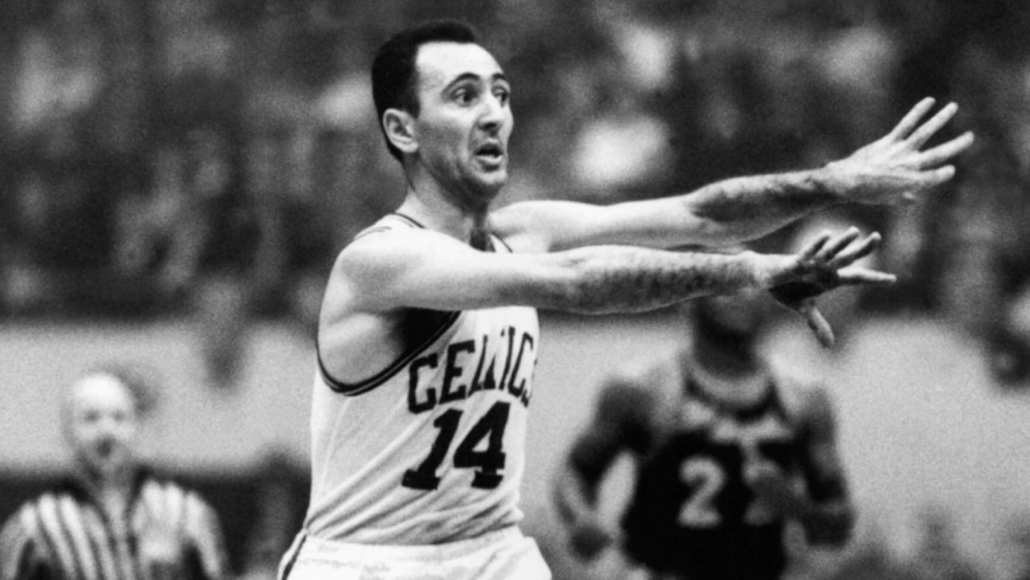 Bob Cousy is another familiar name for NBA fans. After being selected as the 3rd overall pick in the 1950 NBA draft, the legendary point guard spent 13 years as a member of the Boston Celtics.

After retiring in 1963, he came back and played another 7 games in 1969 for the Cincinnati Royals.

This was a team that he was coaching at the time, and this move earned him the 7th place on our list of the oldest basketball players.

Throughout his career, Cousy was one the best players in the league. He appeared at the NBA All-Star game 13 times where he was voted the MVP, and won the regular season MVP award in 1957.

During his time with the Boston Celtis, he won a total of 6 NBA championships, led the league in assists 8 times, and was named into the All-NBA First Team 10 times.

In 1971 he was inducted into the Naismith Basketball Hall of Fame.

Although it was well after his prime playing career, Cousy played his last official NBA game in 1969 at the age of 41 years and 150 days. 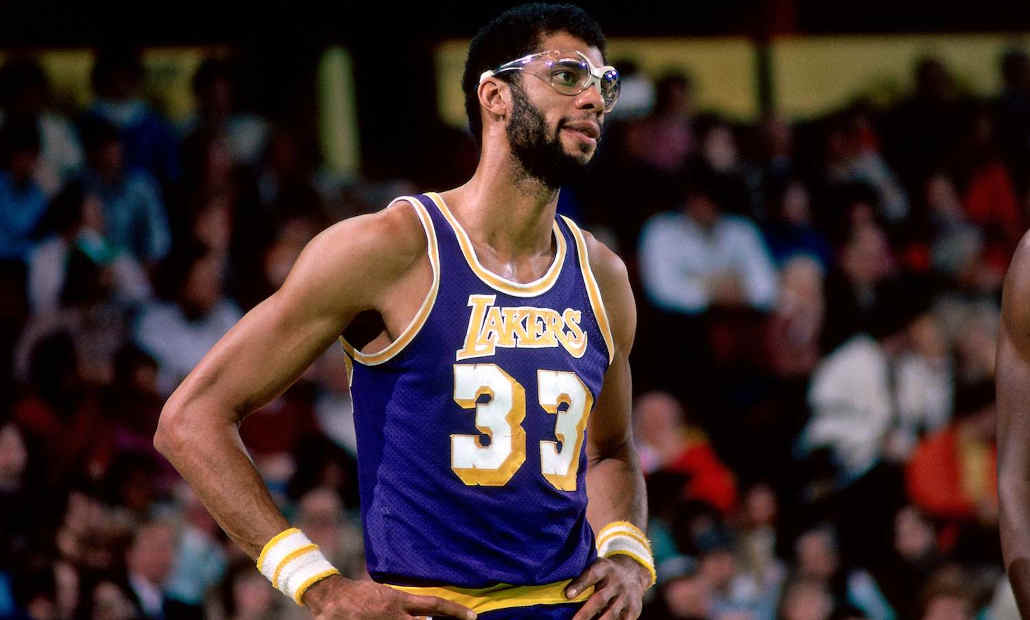 Kareem Abdul-Jabbar is not only one of the oldest players to ever step foot on an NBA court but he is also one of the greatest.

Abdul-Jabbar was voted only behind Michael Jordan when it comes to the greatest NBA players of all time by ESPN.

After being selected as the 1st pick in 1969 by the Milwaukee Bucks, he would go on to spend 19 seasons in the NBA, five as a member of the Bucks and 14 in the Los Angeles Lakers uniform.

During his career, he was voted for the All-Star Game 19 times, won 6 Most Valuable Player awards, 6 NBA Championships, 2 NBA Finals MVP-s, and made the First Team All NBA 10 times.

Among his many other individual and team achievements, with 38,387 points he also holds the record for most points scored by a player in NBA history.

Kareem Abdul-Jabbar’s last NBA game came in 1989 at 42 years and 6 days. He was inducted into the Naismith Basketball Hall of Fame in 1995. 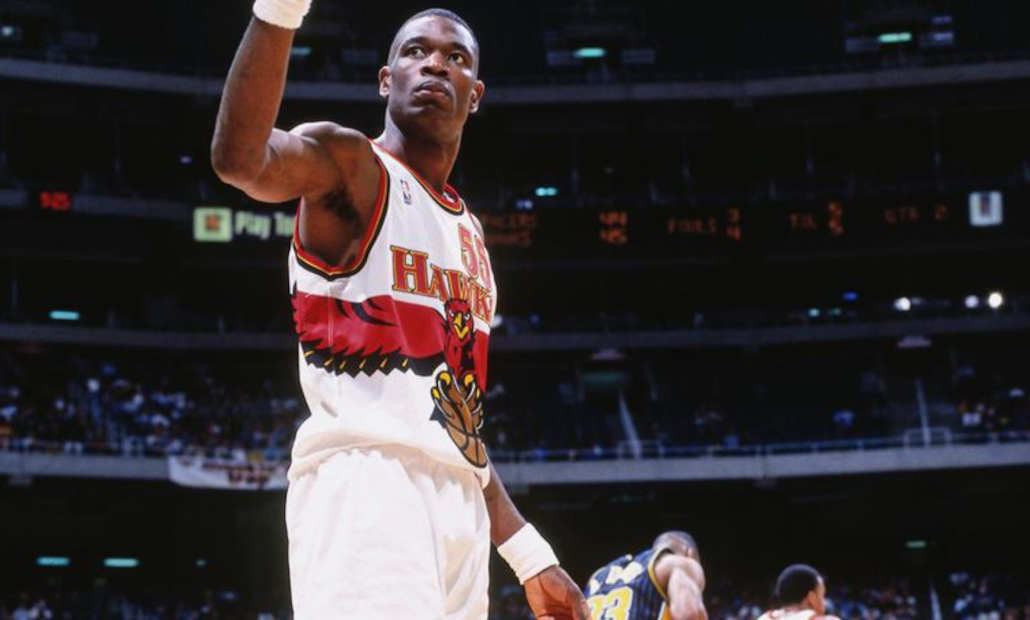 Dikembe Mutombo is one of the greatest shot blockers in NBA history. He was selected in the 1991 NBA draft as the 4th pick by the Denver Nuggets.

Besides the Nuggets, a team where he spent his first five NBA seasons, Mutombo played some of his best seasons in the NBA in the uniform of the Atlanta Hawks.

Dikembe Mutombo was inducted into the Naismith Memorial Basketball Hall of Fame in 2015. 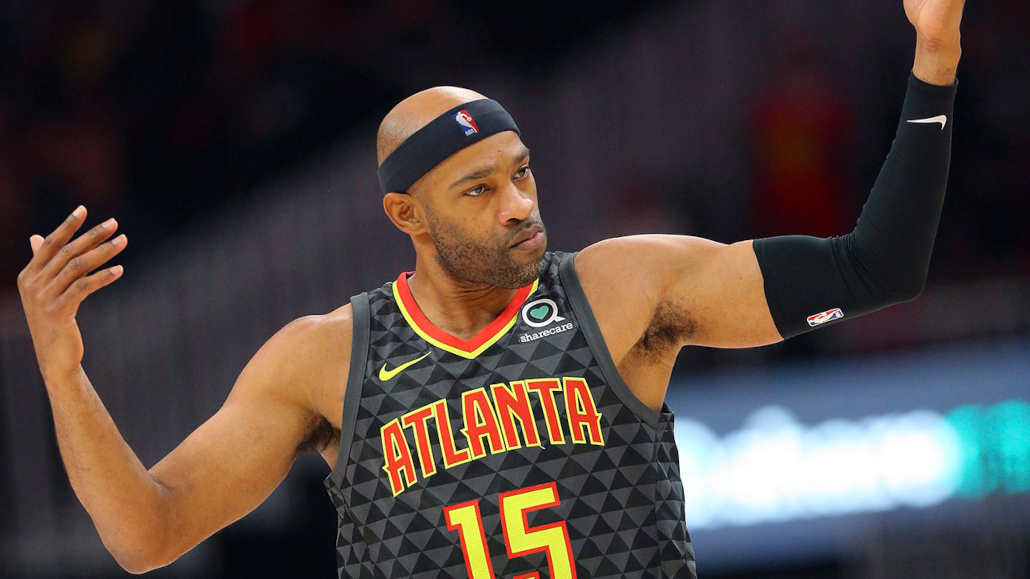 Easily one of the most recognizable players of his era, Vince Carter spent 21 seasons in the NBA. His longevity came from his ability to adapt his game to his age.

He went from a flying superstar known for his dunking ability at the start of his career to a spot up shooter during his last seasons in the NBA.

Vince Carter played his last NBA Game in 2020, during the shortened COVID NBA season, at 43 years and 37 days.

Aside from being one of the oldest NBA players ever, there is a high likelihood that Carter will also be inducted into the Naismith Hall of Fame when he is eligible. 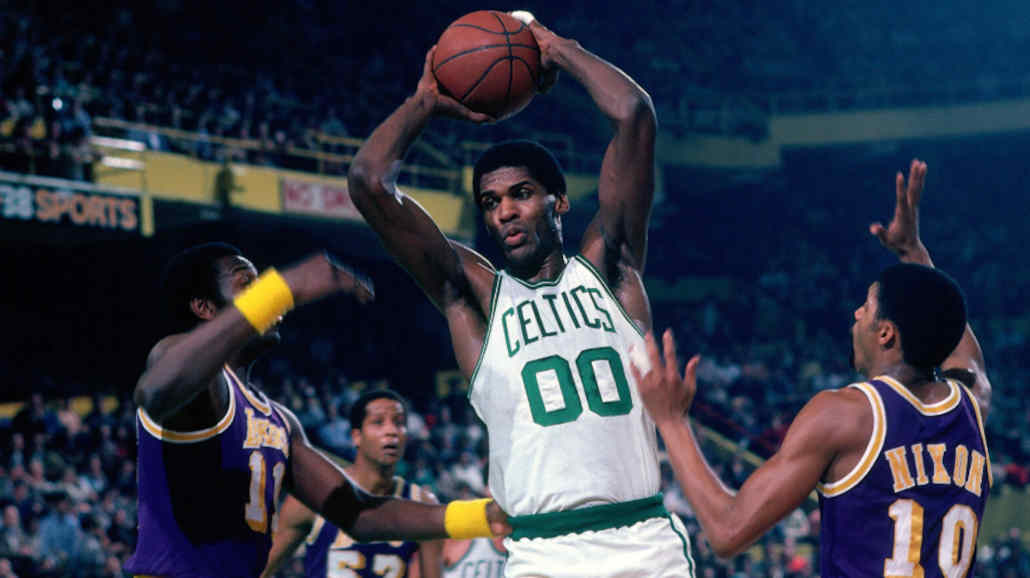 The third oldest NBA player ever is Robert Parrish. He also holds the record for most regular season games played by a player in NBA history (1611).

Parrish started his career with the Warriors but was traded to the Boston Celtis after four years. There he formed the first big three in the NBA with Bird and McHale and they went on to win three NBA championships.

He won his 4th NBA ring in 1997 with the Chicago Bulls and is the oldest NBA player ever to win a Championship,

Parrish was voted to 9 All-Star Games, and made one All-NBA Second Team and one All-NBA Third Team, he was inducted into the Naismith Basketball Hall of Fame in 2003. 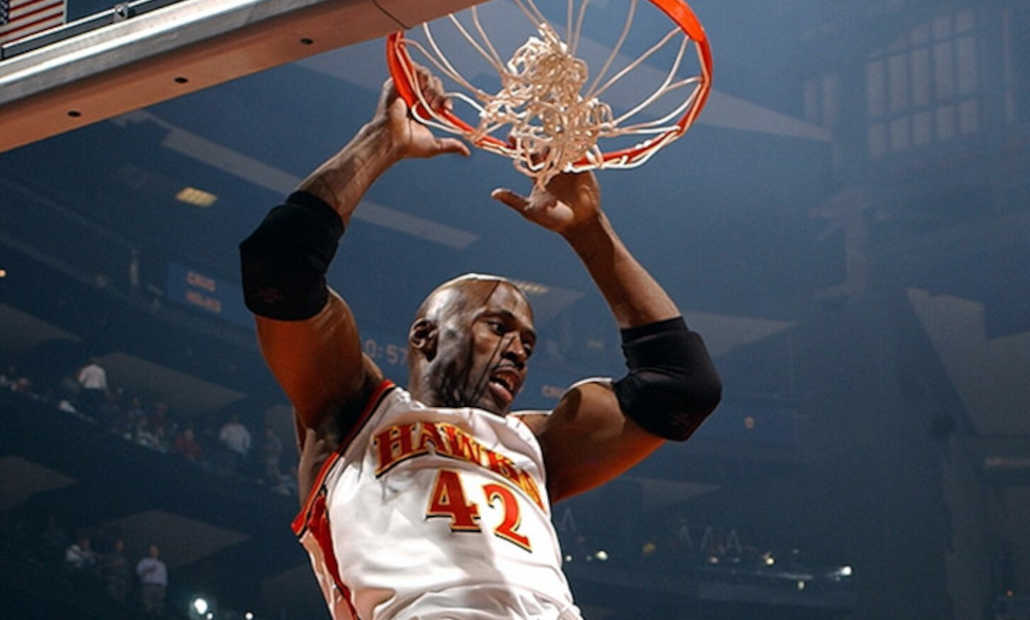 The second oldest NBA player to step foot on the basketball court in an official game is Kevin Willis.

Willis was selected as the 11th overall pick in 1984 by the Atlanta Hawks and went on to play 22 seasons in the NBA.

After his stay with the Hawks, Willis spent his career as a role player and played for several other NBA franchises including the Warriors, Rocket, Raptors, Spurs, and Mavericks.

It was during his time with the Spurs in 2003 that he earned his NBA ring.

Willis retired for the first time in 2005, but came back to play 5 more games with Dallas in 2007, he was 44 year and 224 days old, when he dressed up in his Dallas Mavericks uniform for the last time. 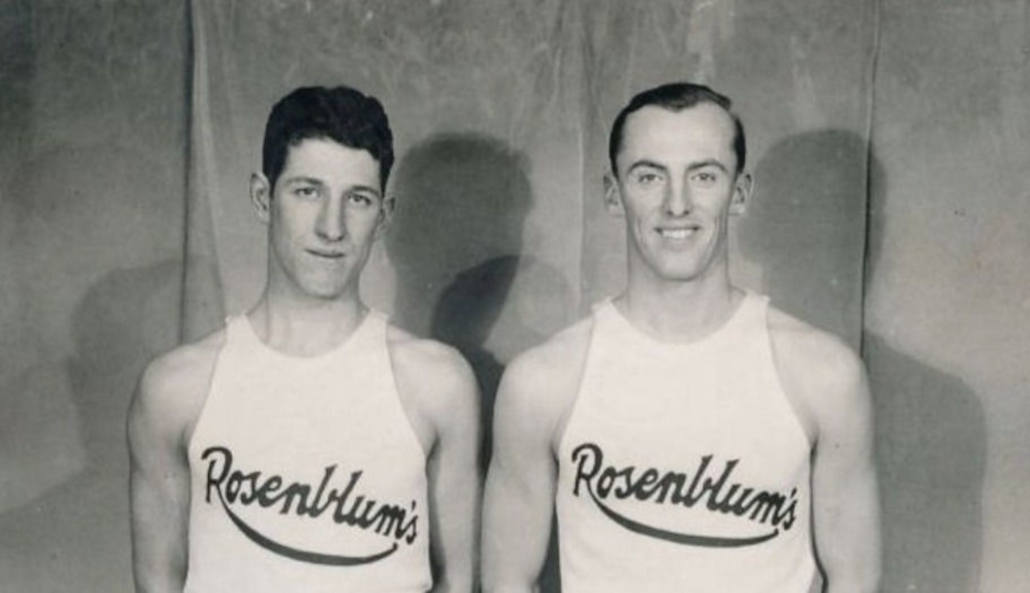 At 45 years and 363 days (during his last game), Nat Hickey is the oldest NBA player ever. He played his last game after coming from retirement to help the Providence Steamrollers, a team he was coaching at the time.

Thanks to their poor performances during that period, Providence Steamrollers made it onto our list of the worst NBA teams of all time

During his career, Hickey managed to win the ABL championship in 1926.

He played in the last game of his career just two days before his 46th birthday, and set a record that has been active for 73 years and that will probably never be broken again. 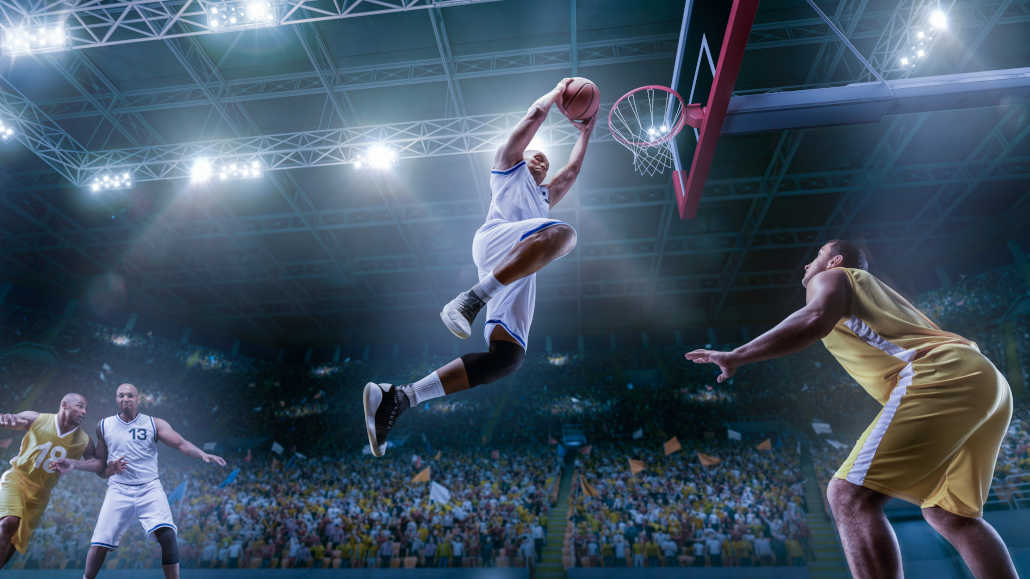 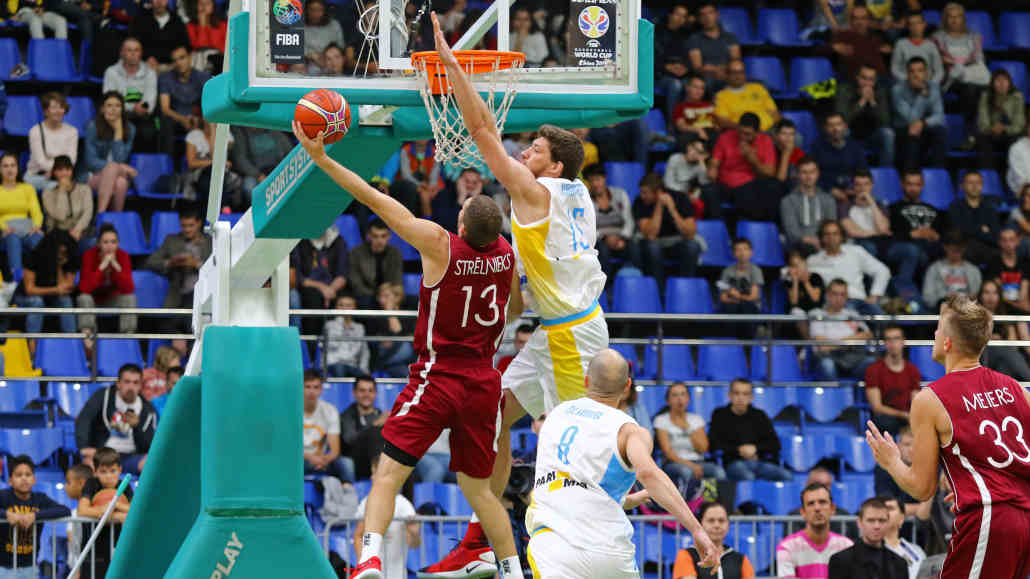